The Ohio Pharmacists Association (OPA) joined more than 80 different health organizations, civic organizations, veterans groups, taxpayer organizations, business groups, unions and patients in opposition to Issue 2, the so-called “Ohio Drug Price Relief Act." Issue 2 was also opposed by nearly every major newspaper in the state of Ohio. Ohioans soundly defeated the measure on Election Day. We thank all of our members for getting out to vote and educating your friends and neighbors about how flawed Issue 2 was. 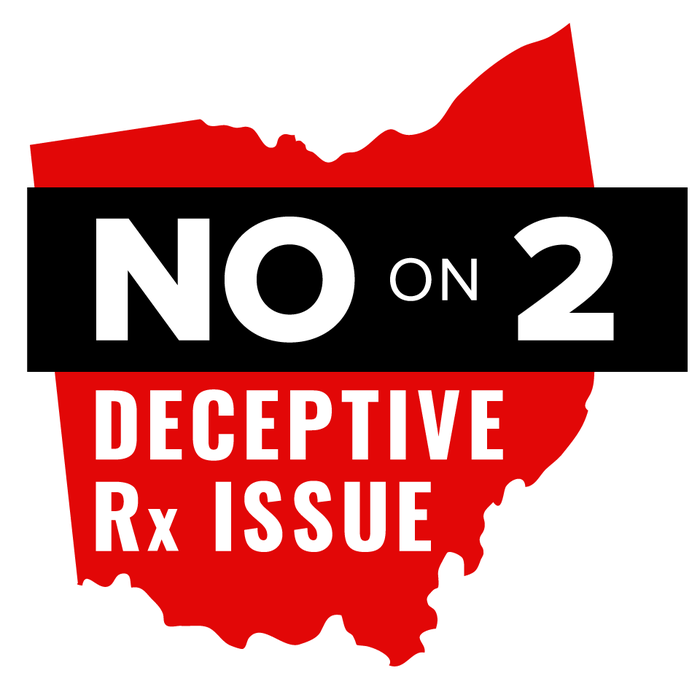 As part of the Ohioans Against the Deceptive Rx Ballot Issue coalition, OPA worked extremely hard to defeat a measure that could have had serious negative consequences for pharmacies, payers, employers, veterans, and patients. While the initiative created a great opportunity to discuss the flaws with pharmaceutical pricing, unfortunately Issue 2 would have likely make matters worse.

Given that initial polling on Issue 2 showed it passing by a large margin, OPA and our coalition members worked incredibly hard to reverse the numbers, and unofficial results show vote totals at 21% YES and 79% NO.

Issue 2 was a major threat, and would have likely:

The "Ohio Drug Price Relief Act" would have prohibited Ohio’s state government from paying any more for prescription drugs than the lowest price paid by the United States Department of Veterans Affairs.

> Collaborated with other medical and non-medical opponents

> Participated in debates and townhalls statewide

Thank you to all the OPA members who educated their patients, community and families about opposing Issue 2 as well as these advocates:

Specifically for pharmacists, this measure was extremely concerning due to its bad wording and seemingly poor understanding of how prescription drugs are bought and sold. While Issue 2 would have prohibited government programs from paying any more than VA prices for prescription drugs, there was no requirement that pharmacies would be able to buy those drugs at the VA rates as well. So pharmacies would be buying drugs at their current commercial rates from their wholesaler, but only receive a fraction of the reimbursement that they would normally receive. It's kind of like what's happening in Medicaid managed care today; but it would have been way worse.

Even if the measure were workable (which it likely wouldn't, due to VA prices being confidential), pharmacies could have ultimately been the biggest losers in the equation, as they would have had to shoulder the burden of the cuts. And while pharmacies would have been getting dramatically under-reimbursed, pharmaceutical companies and pharmacy benefit managers (PBMs) would have been largely unaffected and free to perpetuate the current model that has resulted in the enormous price hikes we are seeing today.

Furthermore, there was no guarantee that the VA rates will remain what they are today. Currently, pharmaceutical companies give steep rebates and discounts to the VA program. If all of a sudden, those VA rates would have been used as a benchmark for other programs, then pharmaceutical companies could just end the discounts for the VA, and charge everyone higher prices.

Additionally, this initiative could have restricted access to medication. The VA program has its own unique formulary, with special rebates given in return for preferential treatment or exclusion of certain drugs from that formulary. The nature of these rebate agreements for the VA would mean that patients could have had decreased access to medications if a particular medication was not included within the VA’s formulary.

There was also no requirement that pharmaceutical companies charge the same prices to all. So if the government and VA were to enjoy all the major discounts that were being sought by Issue 2, pharmaceutical companies could have just raised the prices for everyone else to offset those losses. This would mean that the government would get the benefit, but working Ohioans would have been stuck with the bill.

A bit more simply, imagine if the government required Starbucks to give a 25% discount to a third of their customers. What would Starbucks likely do? They could refuse to sell coffee to the people who are mandated to get the discount. They could raise the cost of coffee for two-thirds of their customers who don't get the discount. They could just raise the list prices of their coffee entirely so that the 25% discount meant nothing to their overall bottom line. Keep in mind, that under this scenario, all of these premises would have applied to pharmacies and prescription drugs. Building on this example, nothing actually lowered the overall price of coffee— just like under Issue 2, nothing actually lowered the overall price of prescription drugs. In fact, the likely outcome was either a loss of access, or the elevation of prices for a majority of consumers. No matter how you slice it, Issue 2 was fundamentally flawed and incredibly reckless.

“The members of the Ohio Pharmacists Association know all too well of the struggles patients have in affording their medications," said OPA Executive Director Ernest Boyd. "As an organization, we have spent years trying to address and change an outdated, opaque drug pricing model that incentivizes members of the medication supply chain to drive up the cost of prescription drugs. Through our work, we know there is a critical and immediate need to implement responsible solutions to lower drug costs – unfortunately, Issue 2 not only missed the mark; but it actually could have raised drug prices. Ultimately, despite the stated intentions of its proponents, the proposal was ill-conceived, poorly crafted, unworkable, and could result in less access and increased costs for millions of Ohioans – including the very patients the proponents claim to want to help.”

"Issue 2 might be the best thing that never happened," said OPA Director of Government & Public Affairs Antonio Ciaccia. "Thanks to much of the recent news coverage, the public is well aware of the current unsustainable trends of drug prices, and now we can get to the serious business actually fixing this mess. The pharmaceutical marketplace is opaque and anti-competitive thanks to layers of middlemen who add darkness and bureaucracy to the system. It's time to pull back the curtain, encourage true competition, and cut the fat."

Below is a list of OPA's advocacy through television and print media:

Also, check out OPA Past Presidents Steve Burson and Jeff Bartone in a recent ad featuring a myriad of health care professionals united against Issue 2:

Editorial: What if Issue 2 passes? Get ready for more uncertainty and much litigation - Akron Beacon Journal, 10/27/17

Why doctor and hospital groups are fighting a measure to rein in drug costs - STAT News, 10/19/17

Issue 2 FAQ: What you need to know before you vote - Cleveland Plain Dealer, 10/17/17 *OPA opposition mentioned

What could Issue 2 mean for you? A closer look at Ohio's drug pricing proposal - WLWT Cincinnati, 10/9/17 *OPA opposition discussed

Why Ohio employers should care about Issue 2 - Dayton Business Journal, 9/27/17

Editorial: Ohio ballot measure does not add up - Parkersburg News and Sentinel, 9/26/17

Which side should we believe in battle over Ohio drug prices? - Columbus Dispatch, 6/18/17 *featuring comments from OPA Government Affairs Director Antonio Ciaccia